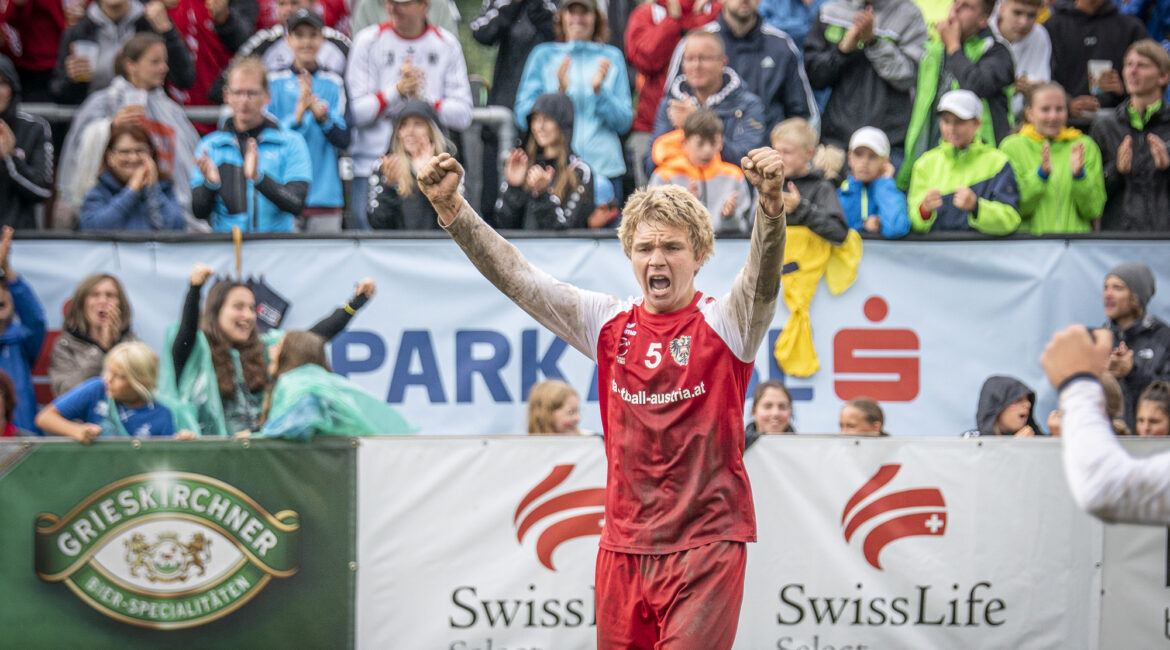 GRIESKIRCHEN. The IFA Fistball World Championships from July 28 to August 1 included four competitions in one event – in total, a record-setting 25 teams played for the gold medals in the women’s, U18 female and male tournaments, as well as in the U21 men’s European Championships. Despite the at times heavy rainfalls, the event was also a great success in terms of audience numbers with more than 8,000 fans witn-essing the games live in the stadium.

The event in Grieskirchen was a real fistball festival for both fans and players with perfect infrastructure. Especially for the World Championships, the local fistball center was remodelled to match the needs. Over 250 support staff contributed to make the event an unforgettable experience for the guests. “The audience demand and interest has surpassed our expectations”, said Christoph Oberlehner from the organizing com-mittee.

Germany Defends Title in Impressive Manner
The old and new women’s world champions come from Germany: the German squad took home its fourth title in a row, its seventh overall. The team around captain Sonja Pfrommer drove home a clear 3:0 victory in the final over Austria. “Every World Championships title is something special. One trains for years and when all works out in the end, it is wonderful. We just were a bit better”, said Pfrommer after the final. Switzer-land won the bronze medal, and Chile finished fourth.

Germany Wins Youth Competitions – Austria Three Times Runner-Up
Probably the most exciting match of the tournament was the U18 men’s final between Germany and host Austria. In front of sold-out grandstands, the game went over five sets; it was a tight affair until the very end. Eventually, the German team prevailed. Germany also drove home the titles in the U18 women’s World Championships, and in the U21 men’s European Championships. Brazil secured the bronze medal in both U18 tournaments, and Switzerland in the U21 competition.