Day 5 – Story of the Day: IFA president – enthusiastic U18 fan 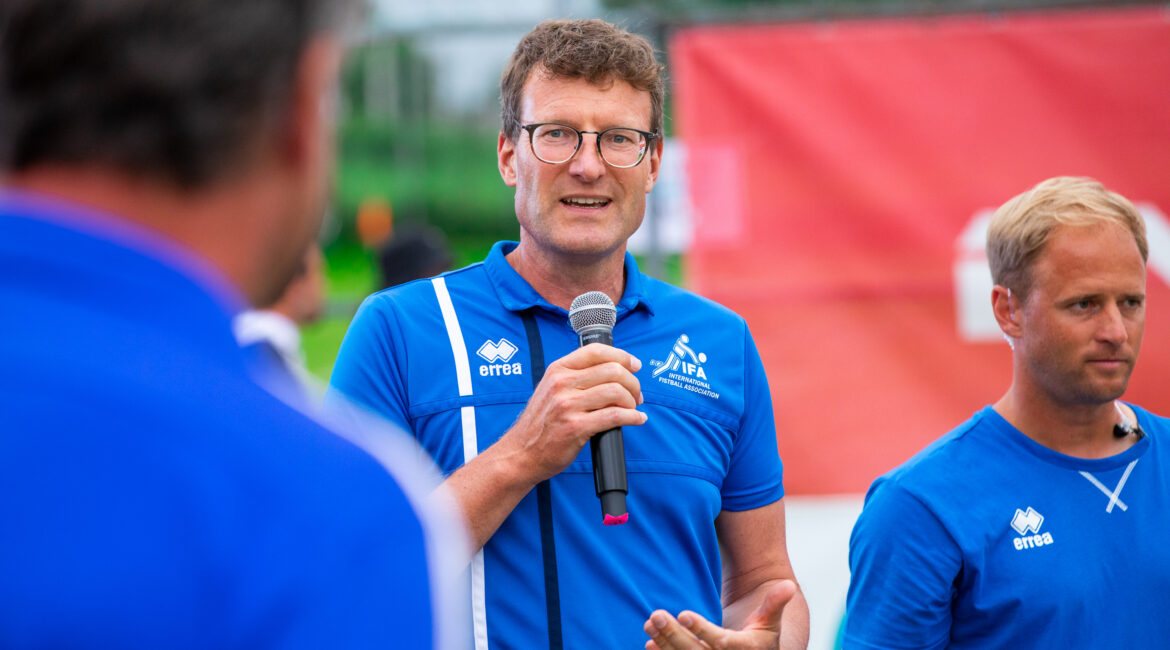 „For us promoting youth teams is the most important thing.” Jörn Verleger, IFA president, declares. The last international championship for U18 players was three years ago. The last matches took place in Roxbury in 2018, so this year’s championship in Grieskirchen was long overdue. The matches for our youngsters started on the 29th of July, for the players at least. Behind closed curtains IFA officials have been working hard to make these games happen. Corona, of course, was another issue that complicated matters. Luckily, Jörn views this year’s games as huge successes.

To make the games happen in general is the biggest success of all according to our IFA president. “In my opinion it’s important to show the world that it’s possible to pull off an international event in times like these.” He confessed that they were not completely sure whether the games could take place on this scale. “Sometimes you just need some extra luck”, he states while pointing out that they had to overcome a few obstacles. Plans had to be changed on a daily basis at times, but it was all worth it in the end. “That’s it, you know, you try your best and to be rewarded with a great event in the end is a wonderful feeling.”

“Without the engagement from every single person from Grieskirchen, a sport festival like this would not have been possible.” Everyone seems to have come together to make the world championships happen. Every single staff member deserves respect and gratitude.
Rule changes

IFA officials decided to adjust the regulations to the current conditions, so no one felt left out. The age limit for U21 and U18 was raised by one year. This adjustment made it possible for older players to compete as well, even though they are not technically U18 or U21. “One year without international competitions and you miss your chance to compete, that’s not fair”, explains Verleger.
Maybe due to this adjustment we see many close matches on our four courts. “I think that’s great. A little suspense has never hurt anyone. For me though it’s not important who wins, I’ll cheer for any great point, no matter where the team comes from.” Our German president is not biased and cheers for any team that wins gold.
Tournament recap

Because of his busy schedule during fistball events like this he hardly gets to see any decisive games. In the finals, however, you can count on him to stand next to the court and follow the matches attentively. Clapping for points, not for teams. He also likes to talk to fans and officials alike to get feedback. “In my opinion it was a great decision to host these games. I’m proud of what we have accomplished here.” 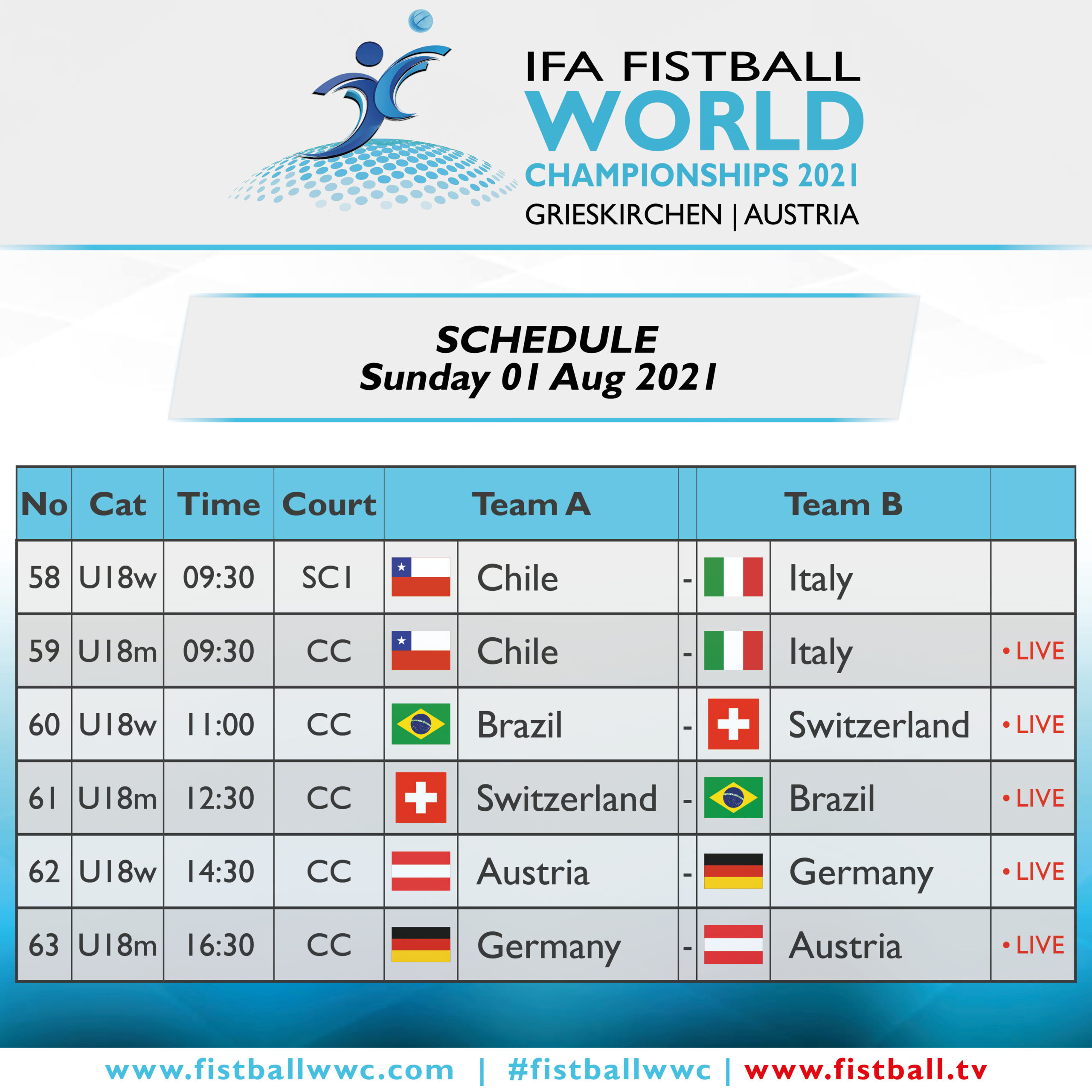