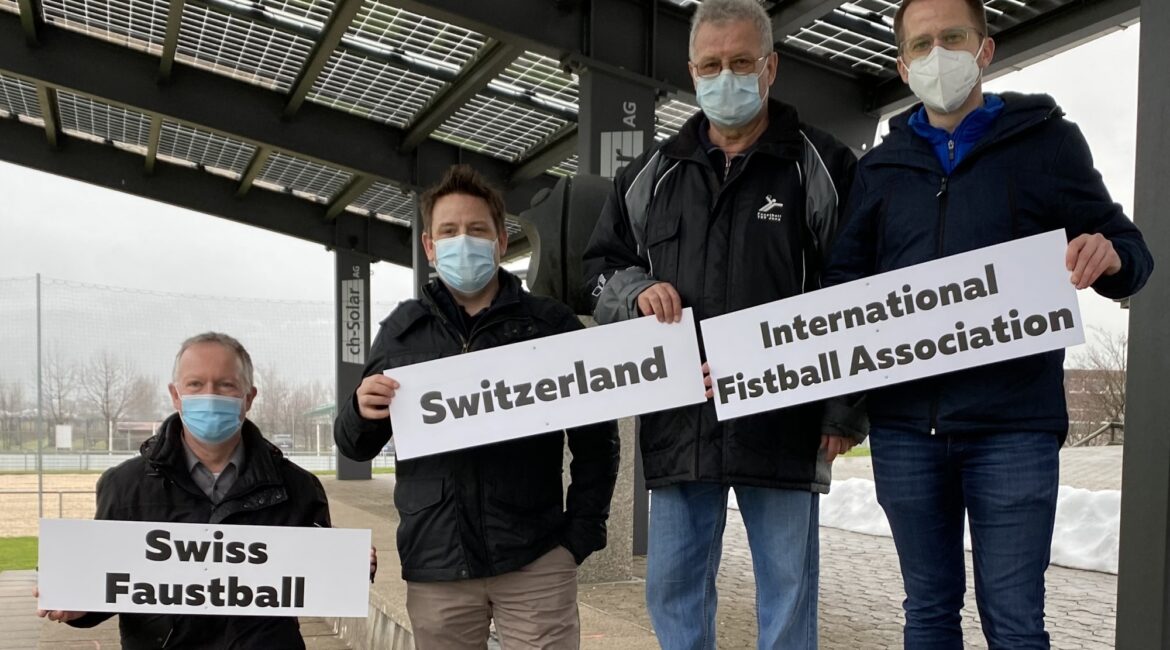 In just a little more than 5 months the IFA 2021 Fistball World Championship takes place in Jona, Switzerland. IFA Secretary General Christoph Oberlehner visited the venue together with Fritz Valant and Thomas Szabo from the TV production company to discuss with the local Organizing team from TSV Jona many different topics. One of the major topics was the broadcasting of the matches, camera positions, technical issues, interview areas but also topics like infrastructure in general or sports competition.

The infrastructural conditions in Jona are amazing. In combination with a very experienced Organizing team under the leadership of Charly Raymann and Martin Grögli I’m looking forward to a very good organized and great World Championship in Switzerland. All preparations are in time and the organizers are already working on many details. They are working with high pressure to prepare perfect conditions for all participating teams and the whole Fistball world”, said Christoph Oberlehner. IFA, Swiss Faustball and TSV Jona plans to have different activities to motivate young people starting with Fistball. Furthermore Swiss Faustball plans to produce a special look behind the scene during the event.

The World Championship takes place from 13-17 July 2021. The event set to be contested by up to 16 countries, is a qualifying tournament for the 2022 World Games in Birmingham in the United States.