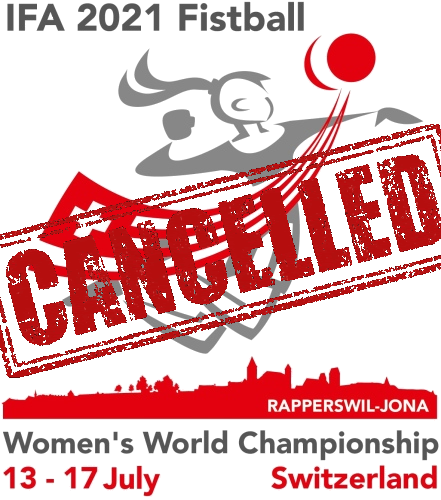 The Women’s Fistball World Championship in Rapperswil-Jona, scheduled for mid-July 2021, will be cancelled. Due to the present provisions in connection with the corona pandemic, the well-advanced preparatory work will be discontinued.

Hope was palpable until recently – also the conviction. Despite all the adversities in connection with the Corona crisis, the employees of the local organizing committee resolutely pushed ahead with the planning for the Women’s Fistball World Championship scheduled for July 13-17, 2021. The financial situation was positive thanks to the assurance of generous sponsorship money. In addition, an infrastructure was available in Grünfeld in Rapperswil-Jona that left little to be desired. Even the recruitment of several dozen volunteers was practically complete. “We felt very positive feedback from all sides,” says Martin Grögli looking back. The president of the fistball department of TSV Jona believed in the successful implementation of the title fights until the end. “We saw the opportunity to set up an extraordinary event at this extraordinary time”.

Conditions as too big challenge

After countless clarifications, various discussions and assessments from the relevant official bodies as well as a concluding factual assessment, the organizers ultimately had to capitulate. In consultation with the International Fistball Association IFA and those responsible at Swiss Faustball, it was decided to cancel the World Championship at Joner Grünfeld almost seven weeks before the planned kick-off. The uncertainties with regard to the applicable official regulations represented a too great risk. “We lacked planning security for the final step,” says Grögli and particularly emphasizes the currently applicable entry regulations, which apply to some of the 14 fistball-teams reported. Nations would have had a ten-day quarantine. A circumstance that the affected country selections could not be expected.

And on the occasion itself, an atmospheric ambience would have been hard to think of. “A World Championship in our sport lives from the emotions and the encounters between the players, officials and referees from the different countries,” says Grögli. “The present protective provisions would have prevented an informal exchange.” Taking all the facts into account, the cancellation of the Women’s World Cup 2021 in Rapperswil-Jona is a logical consequence. The International Fistball Association is planning a “replacement World Championship” in the last week of July in Grieskirchen / Pötting, Austria, and integration into the U18 World- and U21 European-Championship taking place there.