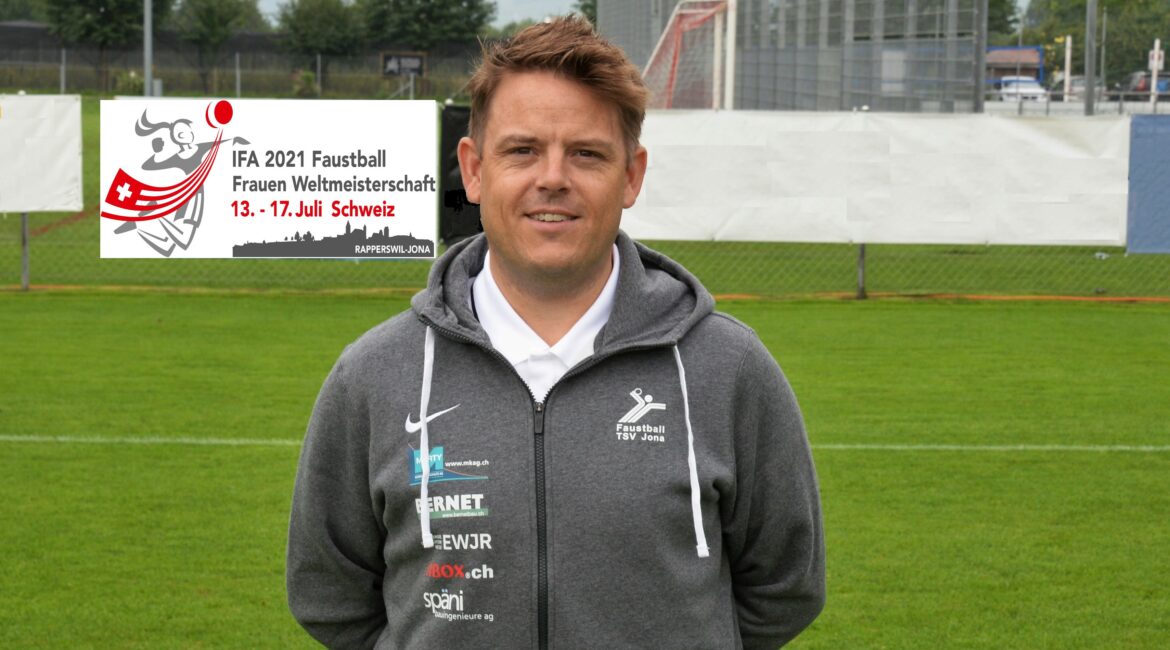 Mr. Grögli, you put a lot of commitment and passion into organizing the World Championships. Have you been an active fistball player yourself?
Yes, for the last twelve years of my active career, which I ended in 2008, I played in the National League A. Among other things, we became Swiss champions and cup winners, we won the IFA Cup and I went through all national team squads. But it wasn’t quite enough for the senior squad.

Can you describe the appeal that fistball is for you?
One reason why I decided to do it back then: It is a sport without physical contact. In other words, a very fair sport which, by the way, can be pursued at a hobby level into old age. As a result, we have a wide range of ages in our club, from 8- to 75-year-olds. In addition, there is friendship and collegiality, which are very important in the fistball community across national borders. We are united by a lifelong passion.

We come to the women’s in fistball. What about the popularity of sport in Switzerland?
It is high, but certainly not on a par with soccer or ice hockey. It is rarely broadcast on TV, for example. That is why we concentrate on the internet platforms. The World Championship games are all streamed on fistball.tv. We are also working to get Olympic recognition. At the moment fistball is represented at the World Games.

Where can the Swiss women’s national team be classified internationally?
In terms of the ranking, women are even better than men. At the last World Championship in Linz, the Swiss women became vice world champions.

Now the World Championships will come to Switzerland. What does it mean to organize such an event?
Under normal circumstances, the preparations would take between two and three years. But now everything was different. We got the event off the ground within ten months. On the one hand because of Corona, of course, and on the other hand because we took over the World Championships at short notice.

And why Jona of all places?
We are not only the largest fistball club in Switzerland, we also have a lot of event experience from events such as the Raiffeisen Obersee Masters with between 80 and 120 teams. We have also held European Cups and other major competitions. The infrastructure in Jona is excellent. The international association knows that too.

Let’s come back to the effort.
It’s quite intense. My predecessor in the presidency, Charly Raymann, is General Secretary of the World Championships, a full-time job. There are many important areas to consider. One of the most complex main tasks, for example, is IT and media work. Then the fundraising. Sponsoring is a very big part. Then a lot of volunteers are needed. As the largest pure fistball club in Switzerland, we are fortunately very well supported and have a high level of acceptance among our helpers. Many thanks at this point.

16 countries are to take part in the World Championships. That would be a record. Is the number current?
At the moment yes, but nothing is certain yet. We actually said that we definitely had to have the participant stand by the end of April. But due to the corona situation, we extended the deadline to the end of May.

Do the sports facilities in Grünfeld already meet all the necessary requirements?
Indeed. And that was also a prerequisite for us to take over the event. If we had to do even bigger stadium conversions or expansions, we would not be able to cope financially. So, if suddenly more spectators should be allowed, we could add a grandstand. As of today, we are not planning that, but you just must remain very flexible during this time.

We had already touched on the topic of contact sports. This classification is also important from a corona perspective.
That’s so. We are considered a contactless sport. That is why we can train without a mask because we can keep the distances. Even more than that. Five people are spread over 500 square meters. And then of course we are in the fresh air. Fistball is played outside in summer.

Well, then that would be resolved. But how can you prepare for such an event in a meaningful way when the rules keep changing?
As I said: Flexibility is the key. We are prepared for a lot. Other questions are still open. For example, whether we must do corona tests on the teams during the World Championships. Regarding immigrating into Switzerland, the rules are clear anyway. Our national association must clarify with the Federal Office of Sport (Baspo) whether the teams entering the country can be exempted from the quarantine obligation. We have created various scenarios for the specific course of the games, especially regarding the number of spectators allowed. As far as the hygiene and protection concept is concerned, the basic pillars are now known.

That means, even if no spectators are allowed at all, will you host the World Championships?
Yes, but it is of course the case that this event lives from the emotions and the mood in normal times. But for us it is only important to be able to hold the event to offer a platform so that one can play fistball again. The TV production, by the way, is as laborious as if the championship were being broadcast on TV. Except that we are showing them on the internet.

Of course, that all costs money. How about the financing?
The basic structure is in place, we are still working on the last few thousand francs. We are now doing a crowdfunding for this. It will run on localhelden.ch until the end of May.

Was it particularly difficult to raise funds in the Corona times?
After looking for sponsors during the pandemic, no companies dropped out. Everyone knew the situation. We are also in very good personal contact with the donors. We tried not only to fall back on our regular sponsors, but also to generate new ones. We managed to do that quite well.

Okay, and apart from the money: Are you still looking for active support?
Basically, you always need helping hands. We have a “Volunteers” section on the World Championship homepage, where you are welcome to register.

Finally, maybe a little prognosis for the performance of the Swiss national team?
As the reigning vice world champion, the goal is certainly the title. You want to improve. For me personally and for the event itself, it would be great if the team made it to the final. Because then you would be there until the end. In addition to Switzerland, I would also include Germany, Austria and Brazil as favorites.