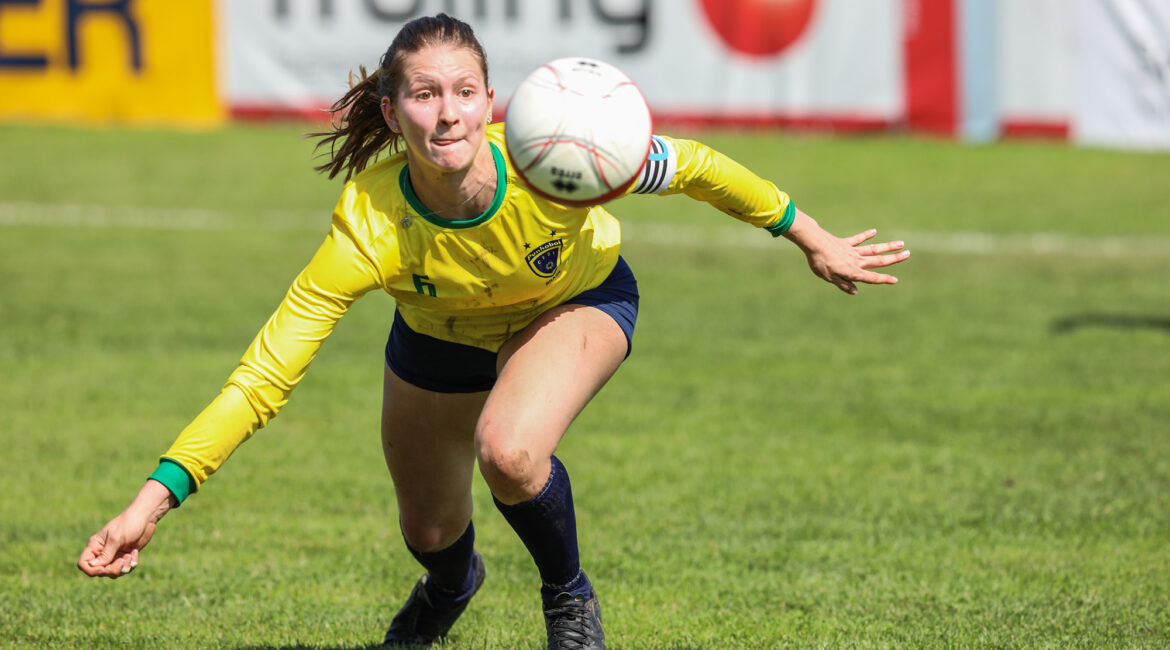 Our player of the day is the Brazilian U18 team captain Bianca Süffert. This week she is competing with her fellow team mates, but she has already played in the U18 team three times and in the Women’s World Championship in Linz as well. This makes her one of the most experienced players in the U18 division.

The Brazilian player says that her tricot is practically a second skin for her, and that it just feels like home when she puts it on. We asked her whether she was still anxious before big events, her response, “Yes of course I’m still excited. But I was just nervous in the first set. It feels great to play for my home country again.”

For the allrounder – she can play any position (!) – the current World Championships are already the fourth ones she competes in in total. She played for the U18 team twice in the past and even for the women’s team in Linz in 2018 at the age of 16. She still knows how she felt when she had her U18 debut in 2016 in Nürnberg, “All my teammates were much older than me at the time, but they really made me feel safe. I was only 13 and it didn’t really sink in that I was participating in an event of such magnitude. For me it was more like a regular tournament.”

When we asked her about her favourite position she knew exactly where she can show off her strength best, “Definitely defence!” Whether we will see her on that position today at 10:45 has yet to be determined, because she is always ready to play any position her head coach asks her to play before the warm up. Her last wish as an U18 player – for her that’s basically an era – would be to win her first gold medal in Grieskirchen.